3 months of iPad Pro. Is it worth it? 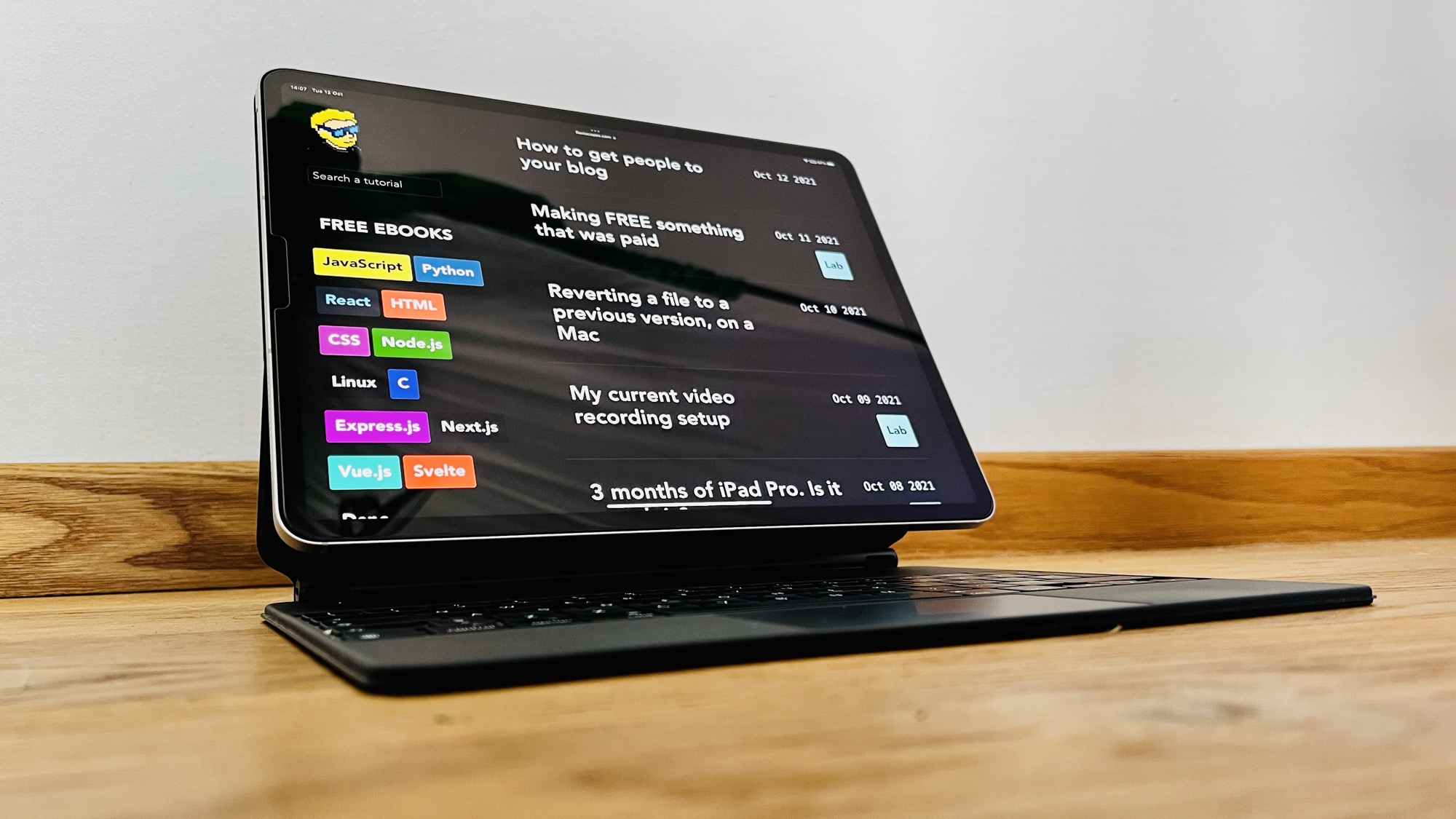 During those months, I have really used it a lot and now I can do a post with my feelings about it.

Was it worth it?

With prices starting at 1.219€ in Italy, including taxes and VAT, it’s definitely not a cheap piece of equipment.

I have another smaller iPad, the on that’s advertised as the “normal iPad”, with no other adjectives.

Boy how that feels small and light now.

Because the iPad Pro is a beast.

It is huge. And it’s not light, especially when attached to the Magic Keyboard.

But it’s worth its weight in gold.

I love the 12.9” iPad Pro. It has so much potential, it is beautiful, it is powerful.

Its screen is amazing. Much better than the screen of the MacBook Pro I’m writing from. And the keyboard?

Let’s just say I equally like writing on the Magic Keyboard or the MacBook Pro keyboard. It’s basically the same, and the “key memory” in my hands is not affected whether I use the external Apple keyboard, the MacBook keyboard, or the iPad keyboard. Which is great for productivity.

One of the things I’ve come to appreciate a lot is the apps. And the operating system.

Developers just build things differently for desktop or tablet. One the iPad you have apps. YouTube on the iPad is different than on the Mac. Same for Prime Video. Some apps let you consume things in a way that’s impossible with a Mac.

Other times a Mac is just inconvenient, because you can’t detach the screen of the MacBook from its keyboard. But in the iPad the keyboard is just an accessory.

One thing I’ve appreciated a lot is the ability to just put the iPad somewhere and watch a movie or a football game.

An unexpected feature is that it has magnets, I assume to connect it to the Magic Keyboard, and you can attach an iPad to any metal surface, even vertically. I tried it with the van, it just sticks to it, so you can stay outside and play something on the iPad. Quite nice.

Speaking of van, I took it on a 3-weeks road trip and it worked wonders. Left the 16” MBP at home and just had a MacBook Air for backup, which I used .. 30 minutes total.

I could do all my work on the iPad, which included replying to emails, writing blog posts, publishing posts through the GitHub website, and more.

The only coding I did was on the Swift Playgrounds app, regarding which I’m still waiting Apple to release version 4 which should be a game changer.

While traveling abroad I had the opportunity to appreciate how much better support for mobile data it has.

I have the cellular version but I haven’t added a data plan to it yet, I just use the iPhone to provide WiFi. It’s slightly inconvenient, but I don’t have to pay 2 data plans.

In Europe we can travel using our own SIM and we get free roaming up until a threshold, which depends on your contract. I have between 15 and 20 GB of data, I don’t remember exactly how much, then I can pay for some more when I need.

When you connect the iPad to the iPhone you can just click on the WiFi menu and tell it that it’s a low data connection, so your apps and system updates do not end up consuming all your GB.

On the Mac, I could not find that option out of the box. I know there are tools like Little Snitch to do that, but then you have to decide for each app that tries to use the network. A simple built-in button does wonders.

With a built-in 5g connection it would be better, as I could select the apps allowed to access the network.

Another thing I appreciated a lot was the weight. In my travel, I always keep my gear with me for security reasons (it’s just too easy to break in and you never know what’s the situation where you are parked). As soon as I head out of the van for a walk, I put the iPad in the backpack. It’s just ~700 grams, you don’t even think about it. The MacBook Air is double that, the MBP 16 is 3 times that.

When I’m working with my MacBook Pro, which is the “work machine”, I can use Sidecar to use the great iPad screen as a second screen, so I get 16” + 12.9”. It just works great.

I found this an optimal solution to get more screen real estate since I realized the MacBook Pro got super hot with my external monitor, while if I use it independently it runs pretty great. This might depend on my old monitor, but I still have to find a solution.

Anyway, back to the topic.

Would I suggest you to buy an iPad Pro? Probably not. Maybe yes. It depends on your needs.

My needs were to get a device that was 100% integrated with the Apple ecosystem, and I wanted it to be super portable, but with a big screen so I don’t sacrifice my productivity. And I wanted it to be based on iOS because I work with a Mac since 2005 and sometimes a “change of scenery” is nice.

I found that with the iPad Pro.