What is the JAMstack?

You surely came across the term JAMstack in the last couple years.

It defines a group of technologies used together to achieve a goal, like LAMP and MEAN if you are familiar with does.

What does JAMstack mean?

It describes a trend in creating Web Applications and Web Sites that have those key characteristics:

This new approach is a new kind way, compared to

It’s also different than client-side rendered websites (for example built with React) with a server-side rendered part. The JAMstack does not involve server rendering at all.

What are the advantages of using the JAMstack?

The traditional approach of server-rendering websites application dynamically, like it happens with WordPress, Laravel and Rails, is being superseded in many cases by a lighter approach.

A typical WordPress site can make 30-100 requests to a database for every page load, depending on the amount of plugins installed. Unless heavily cached, you can recognize a WordPress site when it gets popular on Hacker News, Reddit or any other big site because you get a blank page - which means something crashed on the server, as the site cannot support all that traffic. Many times this is a lost opportunity, because when the site is at its peak in popularity, it does not work.

Serving a static HTML page instead of much, much more efficient than that, and dynamic data can still be fetched when needed, using separate API calls once the HTML is loaded. 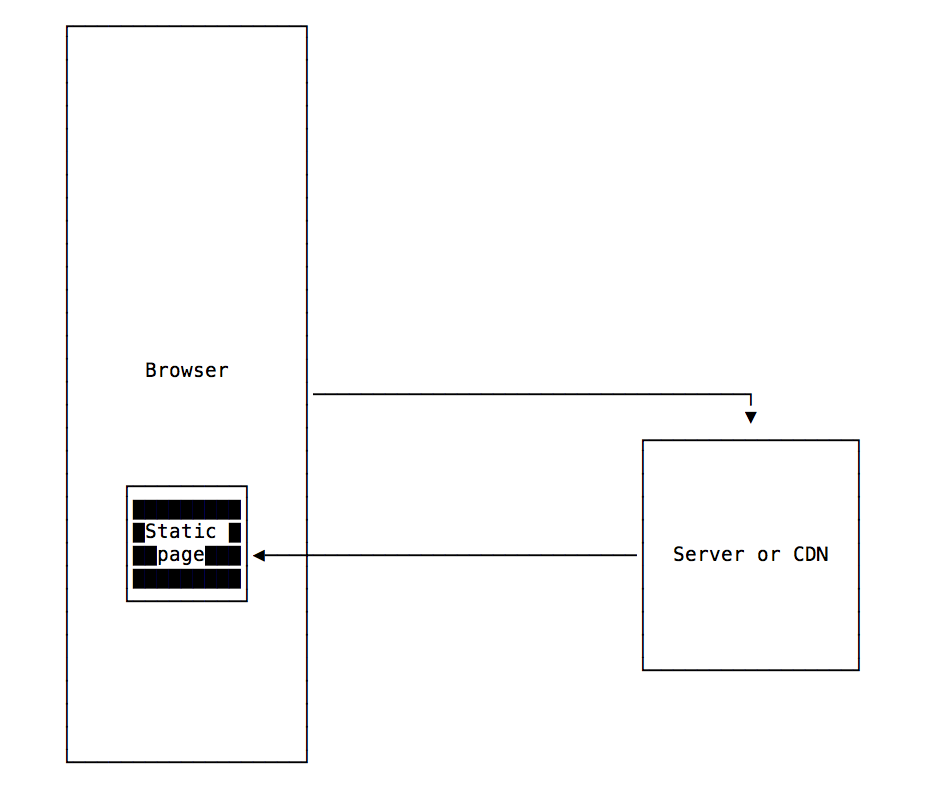 What are some technologies that can be used to build JAMstack apps?

What can JAMstack be used for?

Many apps can fall under the JAMstack umbrella, and the possibilities are endless, ranging from simple blogs to e-commerce websites (for example with Snipcart) to more complex Web Apps.

My blog falls under the JAMstack umbrella. All the HTML is generated at deploy time, and there is nothing else going on.