The export command is used to export variables to child processes.

What does this mean?

Suppose you have a variable TEST defined in this way:

You can print its value using echo $TEST:

But if you try defining a Bash script in a file script.sh with the above command: 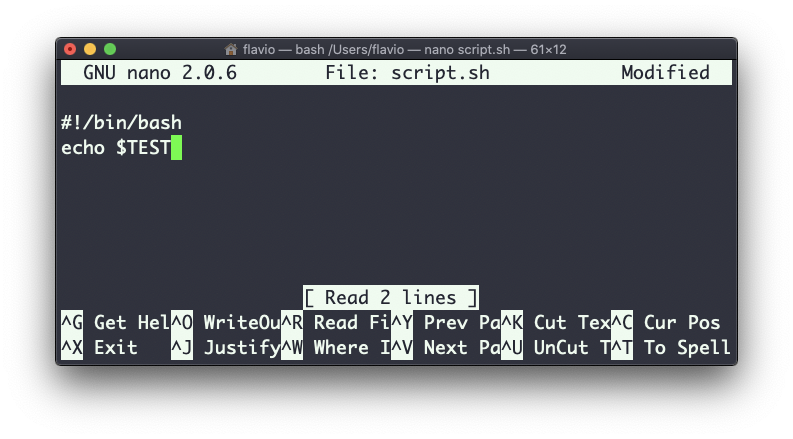 Then you set chmod u+x script.sh and you execute this script with ./script.sh, the echo $TEST line will print nothing!

This is because in Bash the TEST variable was defined local to the shell. When executing a shell script or another command, a subshell is launched to execute it, which does not contain the current shell local variables.

To make the variable available there we need to define TEST not in this way:

but in this way:

Try that, and running ./script.sh now should print “test”:

Sometimes you need to append something to a variable. It’s often done with the PATH variable. You use this syntax:

To remove a variable, use the -n option:

Calling export without any option will list all the exported variables.

The export command works on Linux, macOS, WSL, and anywhere you have a UNIX environment