Deploying a Next.js app in production

Deploying an app made using Next.js in production is easy. Add those 3 lines to the package.json script section:

We used npm run dev up to now, to call the next command installed locally in node_modules/next/dist/bin/next. This started the development server, which provided us source maps and hot code reloading, two very useful features while debugging.

Those 2 commands are the ones we must invoke to successfully deploy the production version of our site locally. The production version is highly optimized and does not come with source maps and other things like hot code reloading that would not be beneficial to our end users.

So, let’s create a production deploy of our app. Build it using: 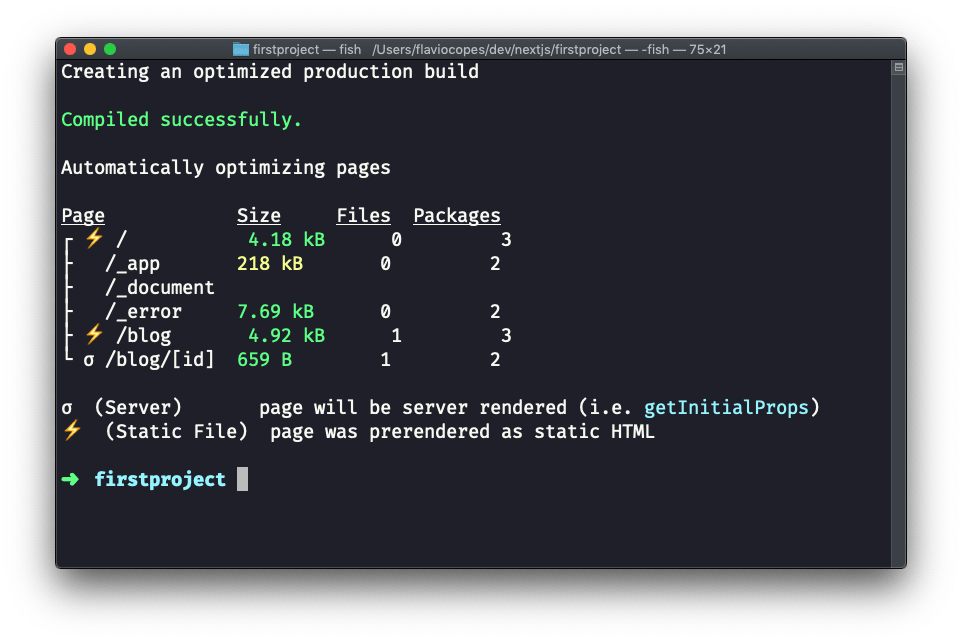 The output of the command tells us that some routes (/ and /blog are now prerendered as static HTML, while /blog/[id] will be served by the Node.js backend.

Then you can run npm run start to start the production server locally:

Visiting http://localhost:3000 will show us the production version of the app, locally.