Solar panel upgrade for the van

On my van I had a 100W solar panel that came with the van when I bought it.

It was installed when the van was originally built: 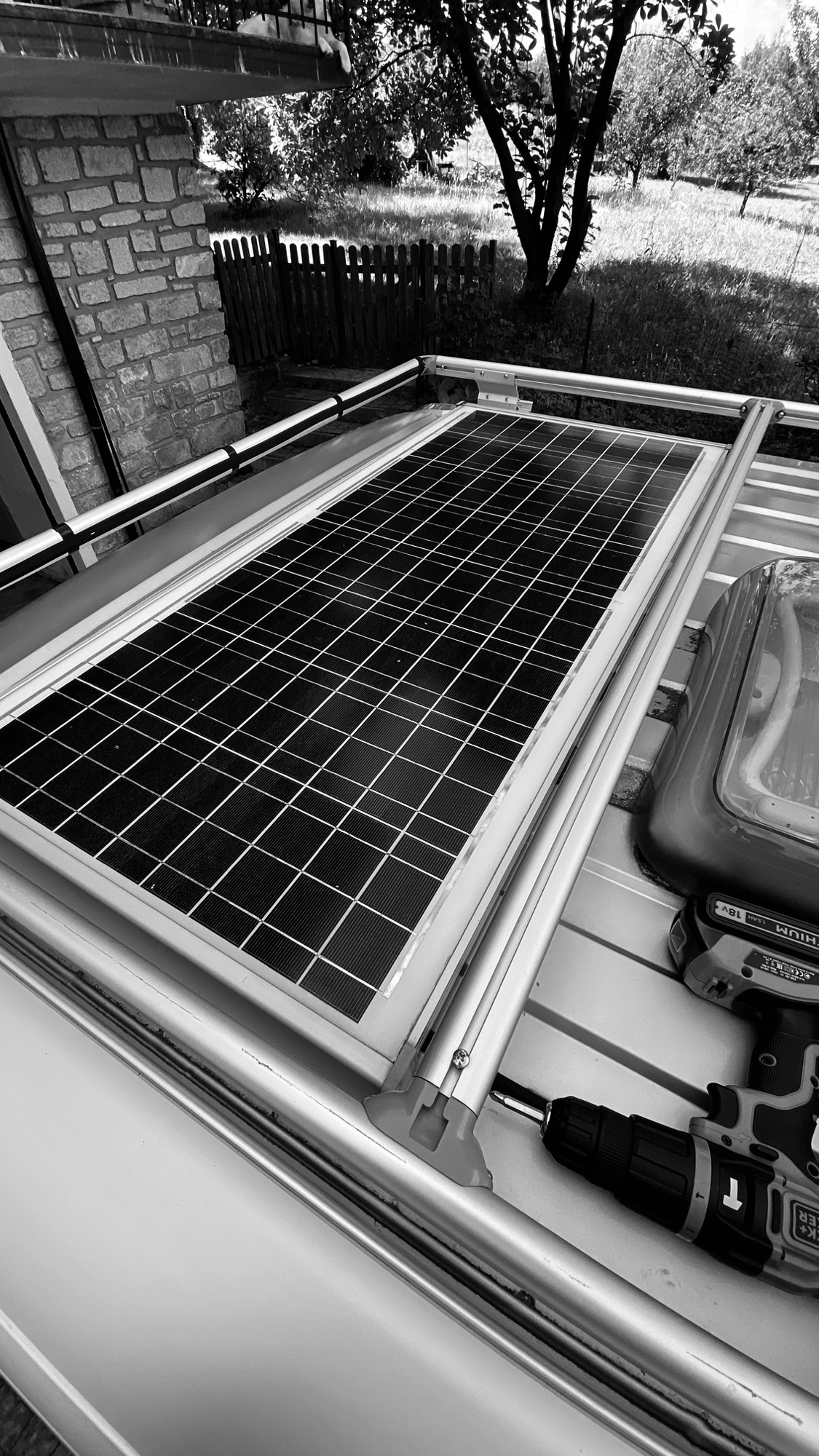 You never have enough electrical power when you’re in a van or motorhome. Or anywhere else not connected to the grid. There’s always something more to recharge, things that run on electricity all day long, and batteries have only so much capacity.

The more solar power, the better.

Solar panels are known to lose efficiency with time, and they are typically guaranteed for 20-30 years. This was 19 years old, according to the date I found on it.

I was in for an upgrade, so I bought a 175W panel that’s a big larger and longer. Decided for a Victron Polycristalline BlueSolar 175W panel mostly because of a good balance between power and its size.

Most of the panels I found were either too long, or too wide. This one was perfect. Some people like the super slim ones that you directly glue to the roof, but I always put things on my roof (like a windsurf board) and just a little shade can make the panel generate 10% of its power.

Since it was longer than the panel I had before, I had to mount it on the roof rack instead of directly attached to the roof. 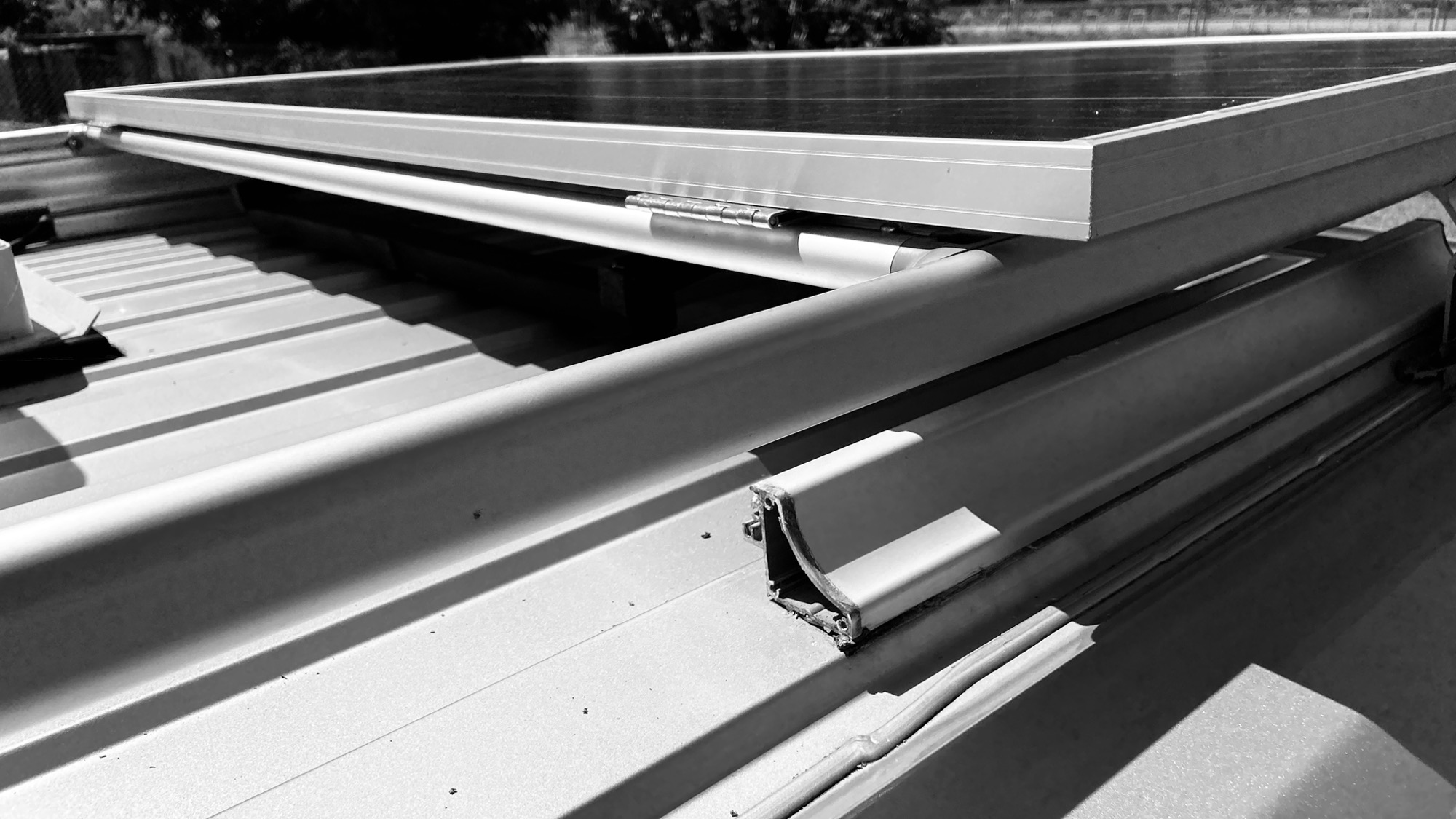 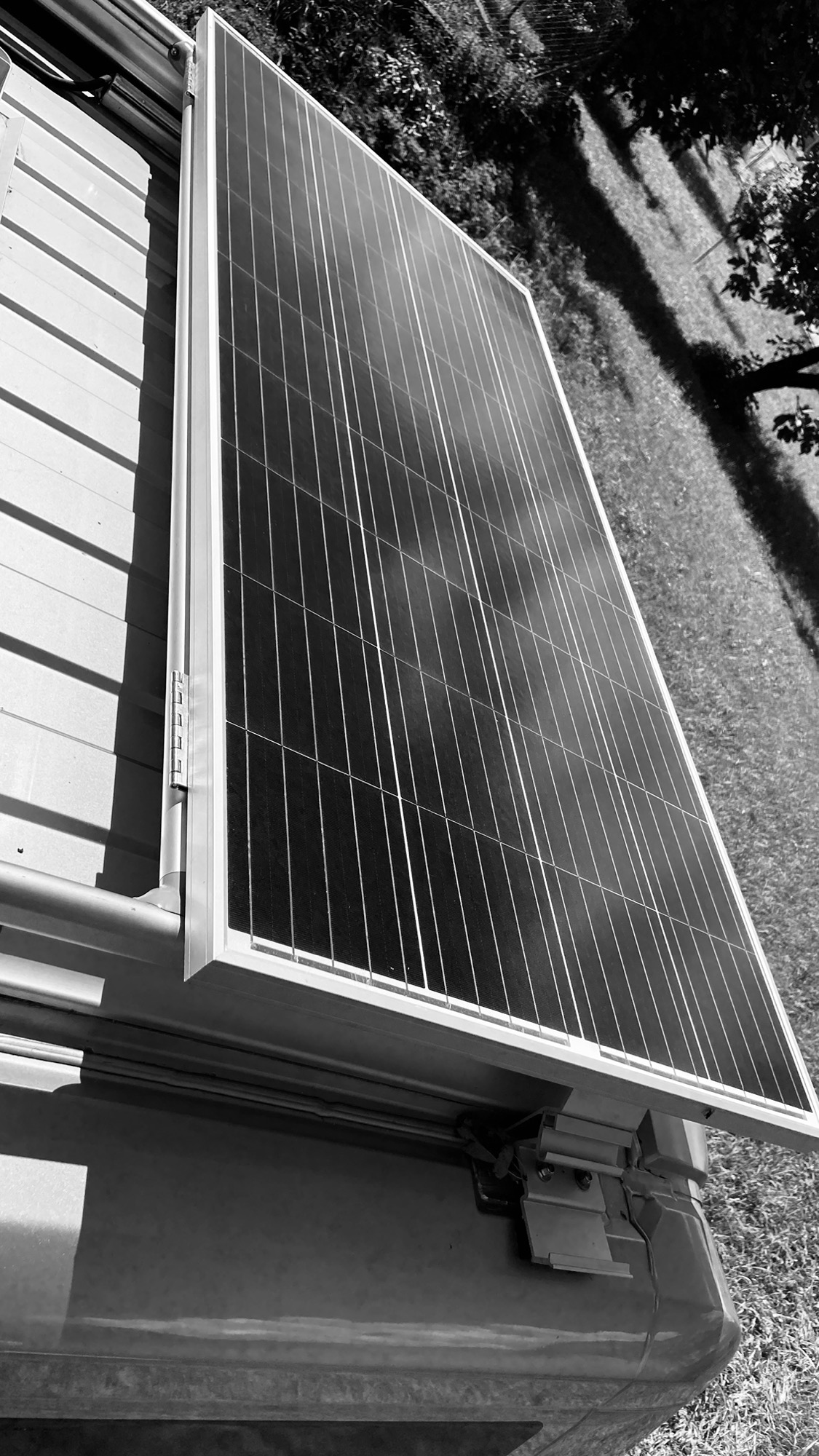 This didn’t alter too much the aestetics of the van: 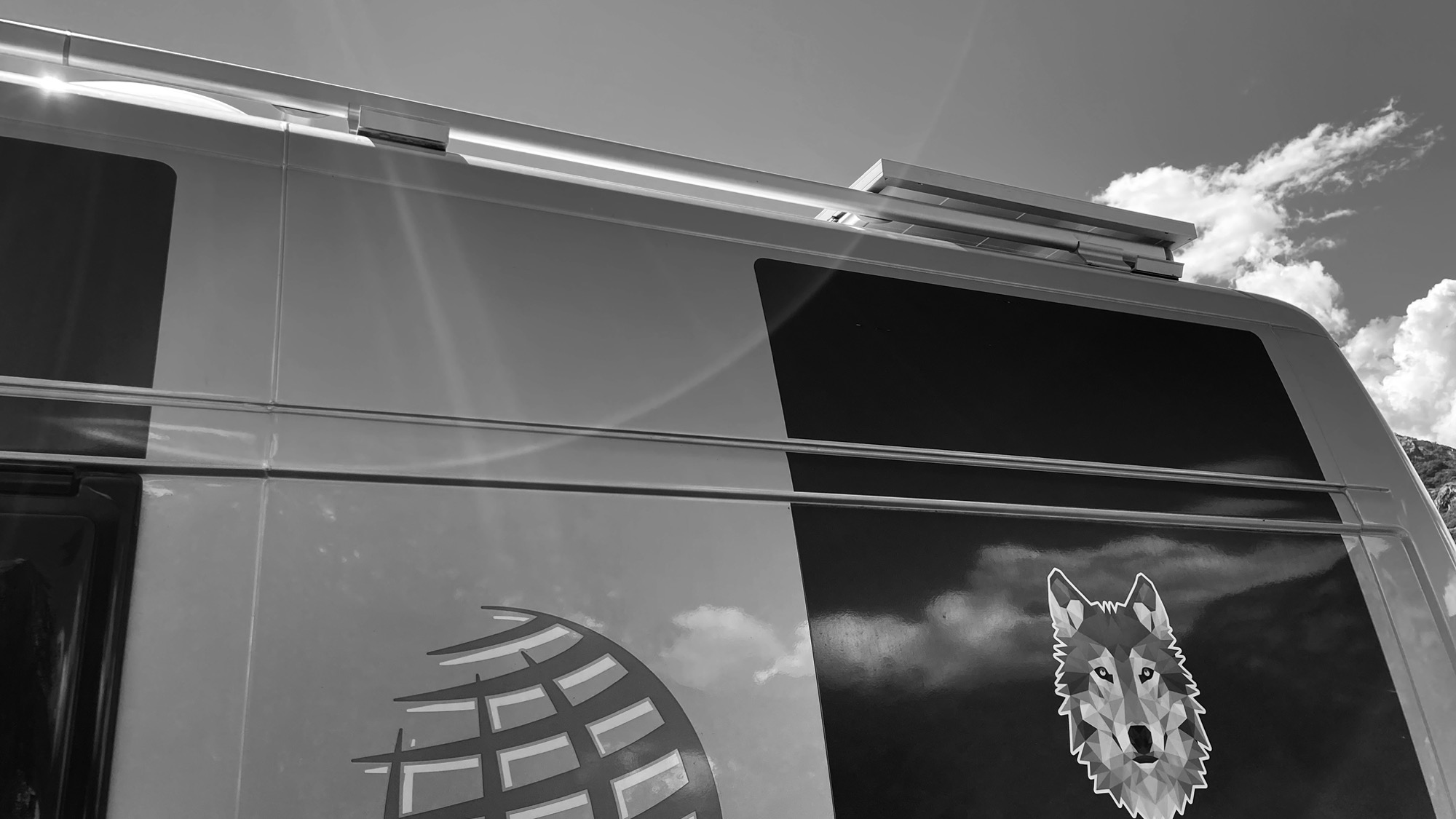 The other thing I wanted to experiment with was making it possible to tilt the panel.

Panels do their best job when hit perfectly perpendicular, and perform more or less poorly when the solar rays hit the panel with another angle.

So I built a little structure to find a more optimal position in the morning, late afternoon, or simply when the sun is down on the horizon all day long (hello Lapland). 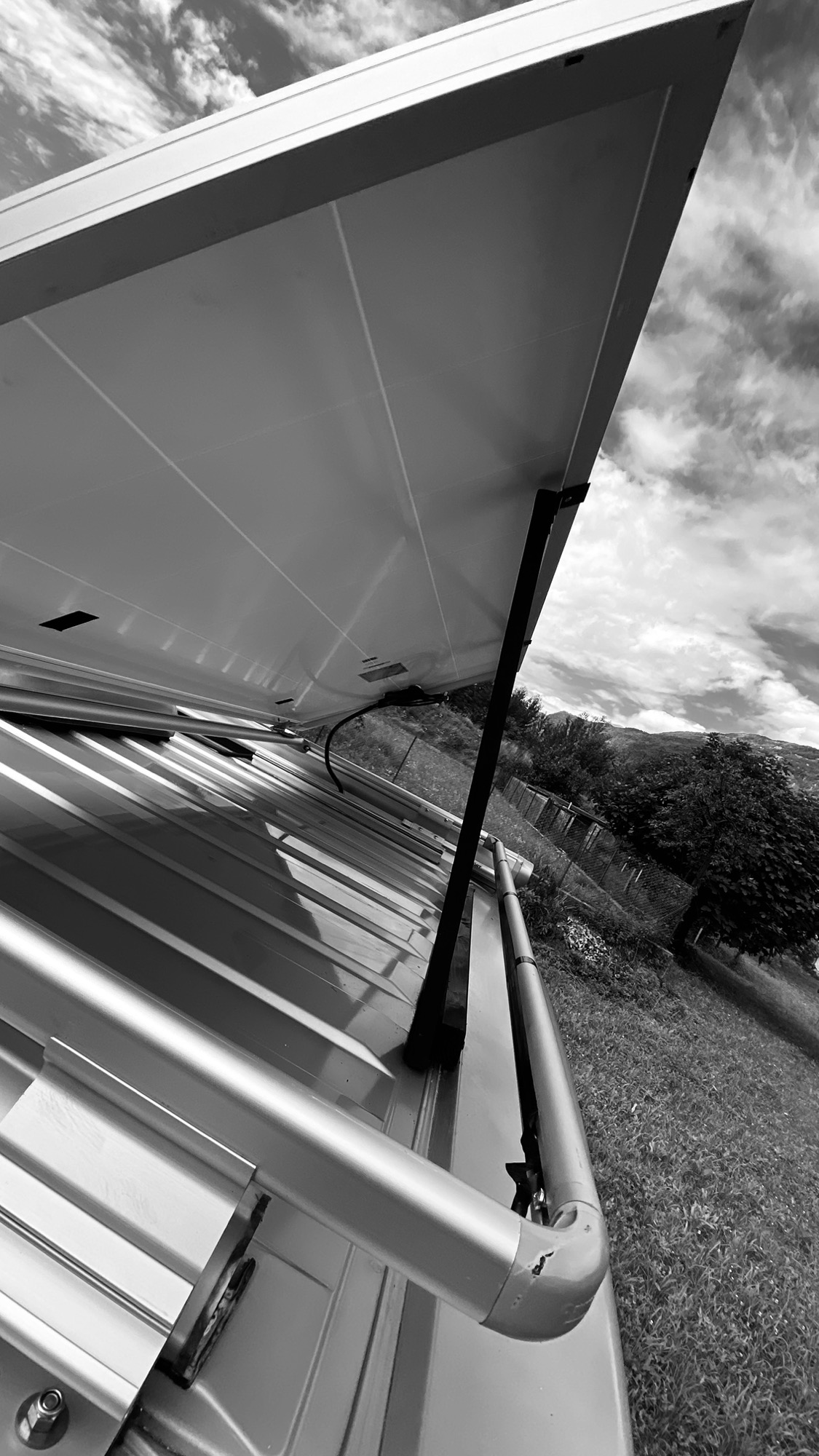 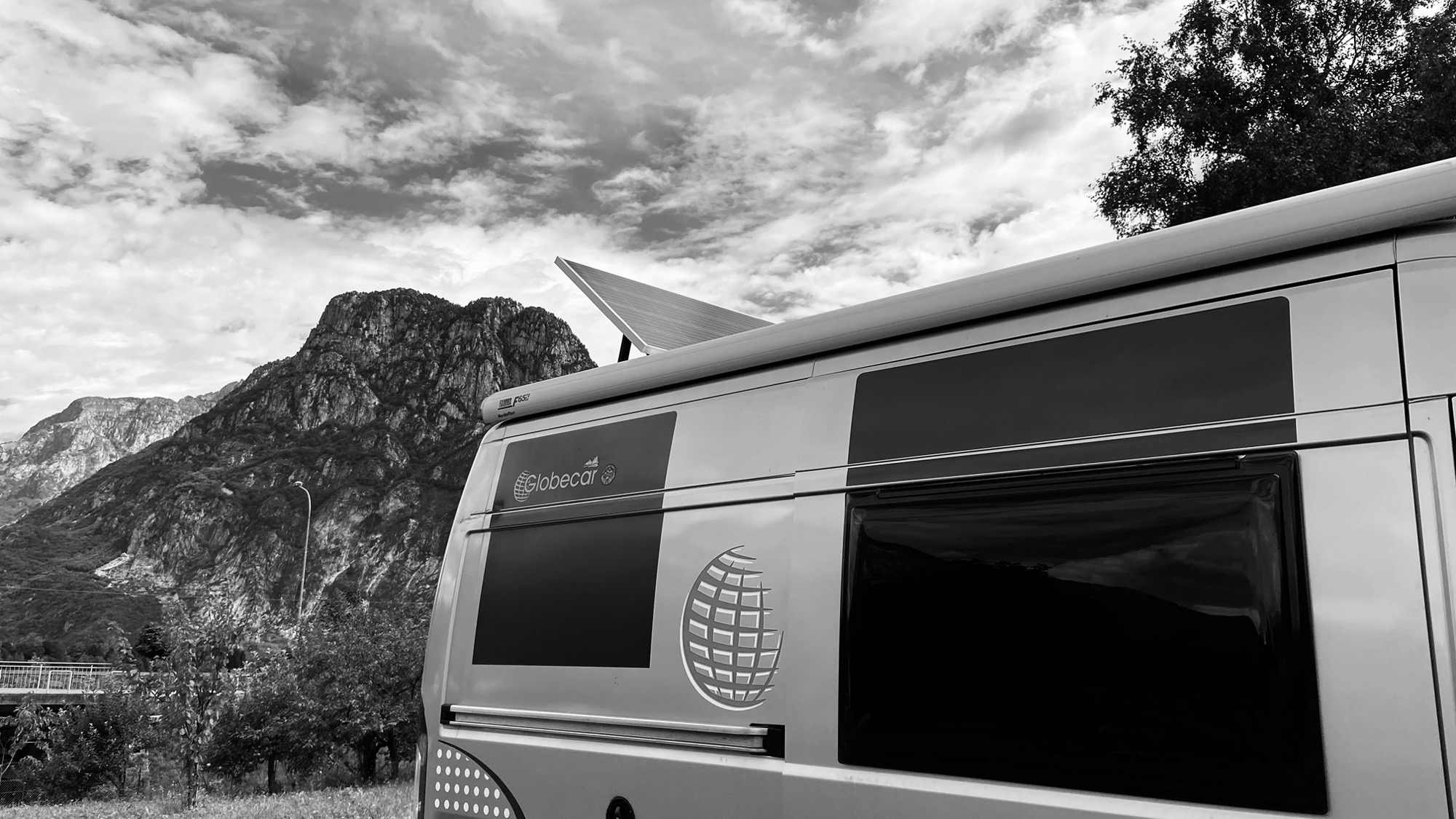 Unfortunately despite wanting to keep it alive, I lost my old panel because it was directly glued to the roof, and it broke in a million pieces when I tried to remove it with a little more force than it liked: 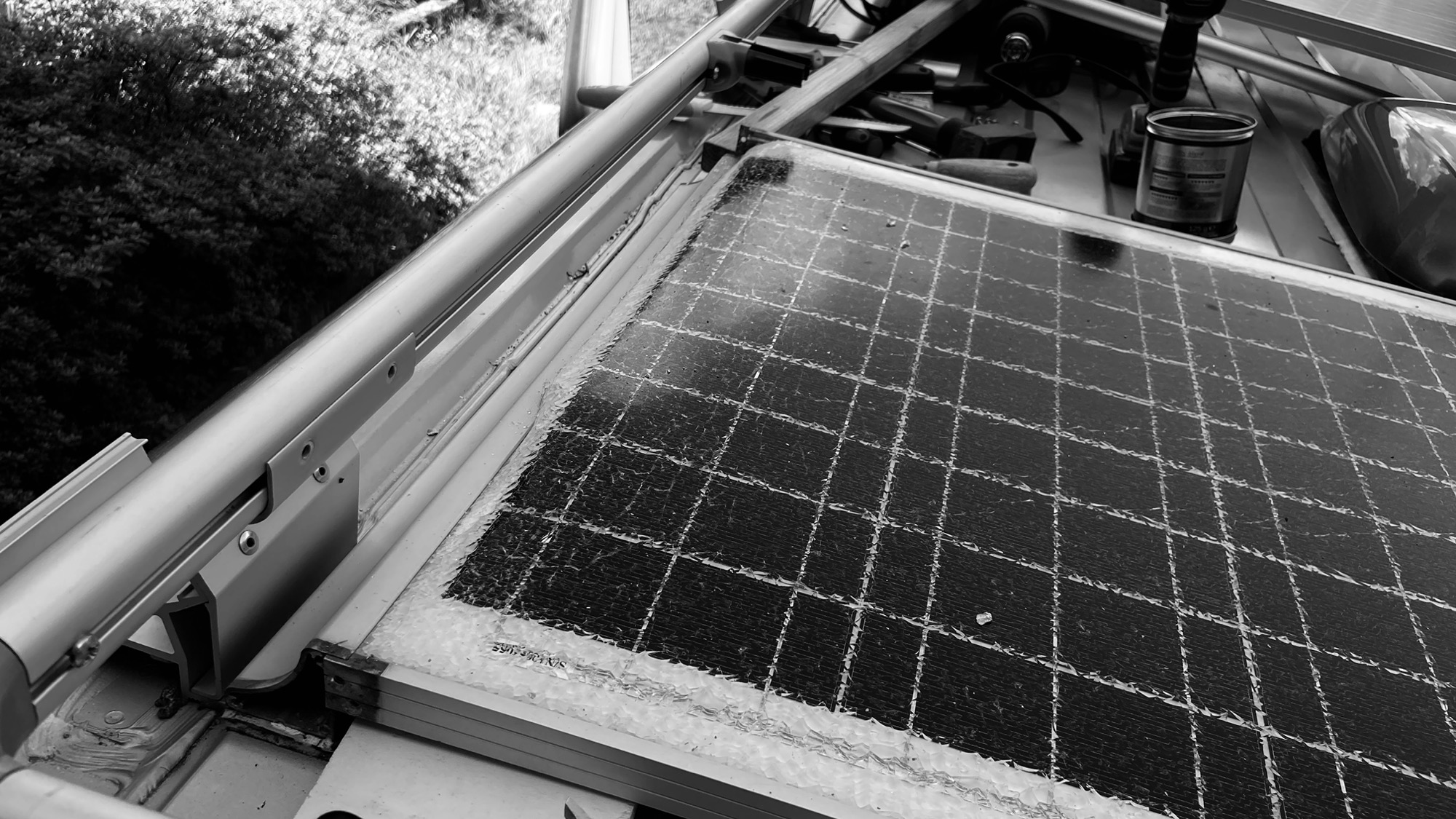 Unfortunately the glue they use for this kind of thing is super strong and I had to decide to either sacrifice it, or risking to damage the roof of the van with some power tool, not something I’m looking forward.

Super satisfied with the 100W -> 175W upgrade, and the tilting system, because the lithium battery now charges much faster.

I tested it on a trip and I basically don’t have to worry about keeping the fridge on all the time, using the hair dryer when I need, using the boiler, charging all the electronic equipment I have.

This was a drop-in replacement but I have in mind an upgrade after the summer, adding another panel, exactly same as this one, so I can have 2x power when the sun will not be as powerful as it is now, when it’s winter and every little bit of energy helps. Not to mention that in winter I usually don’t have anything on my roof, so I can have 2 panels in winter, and just keep one during the summer.

I didn’t have time for this update now and I just ordered a single panel to test the waters, also because I think I’ll have to upgrade my Victron SmartSolar solar charge controller to handle both panels.

UPDATE: installed a second panel and upgraded the Victron SmartSolar to handle 2 panels in series. Basically 100% independence even in (sunny) winter days. 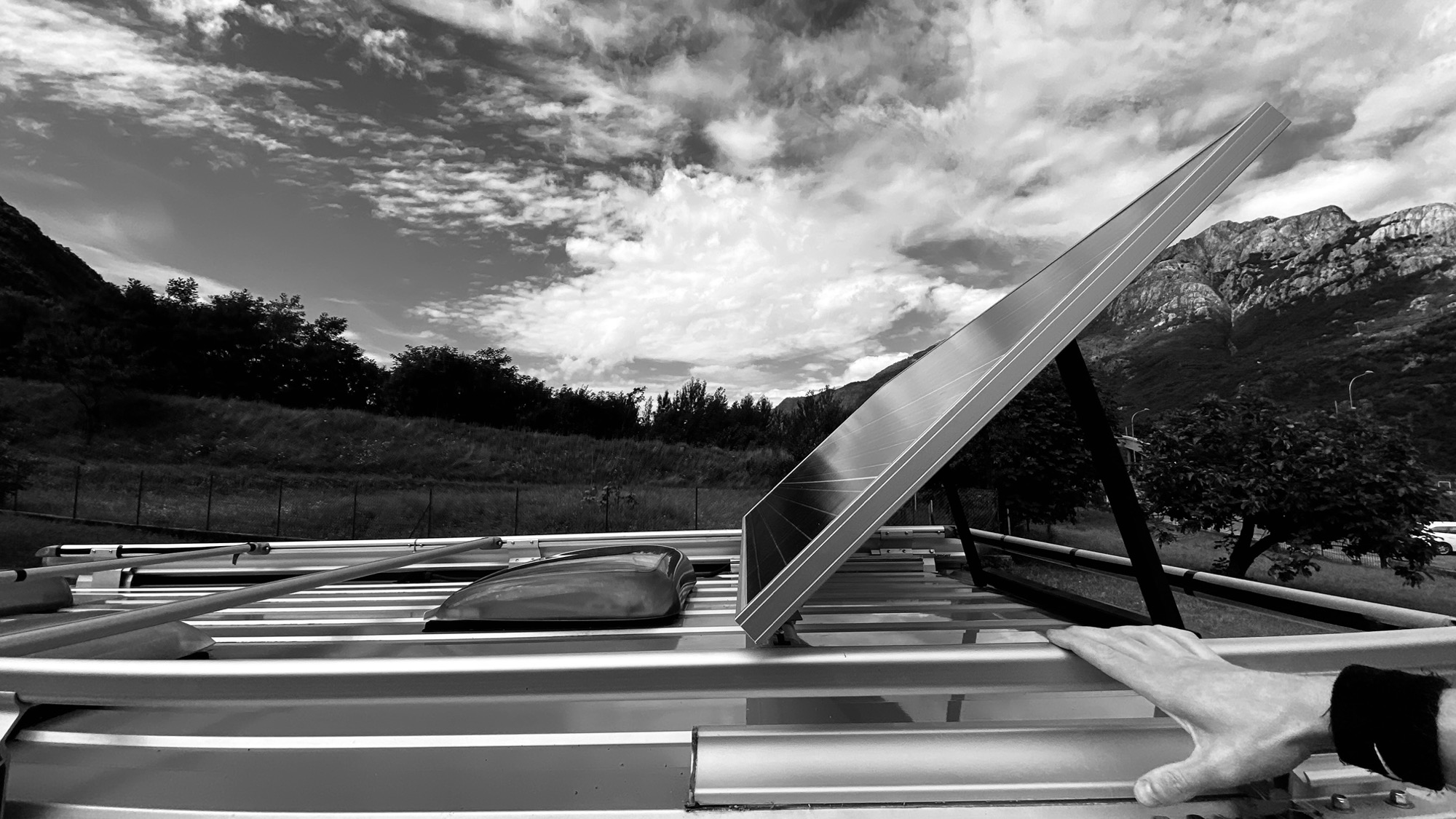