I got asked this question:

When working on a website locally, you use the command npm run dev to start the development server.

This is a common practice in Web Development, and all tools seem to converge to this program, for example Astro and Next.js and many others.

Each time you run this command, it’s a long-running process. It does not end automatically

For example you run the Astro dev server, and it starts listening on port 3000:

Then you open another terminal and you run npm run dev again, this time you got the server running on port 3001: 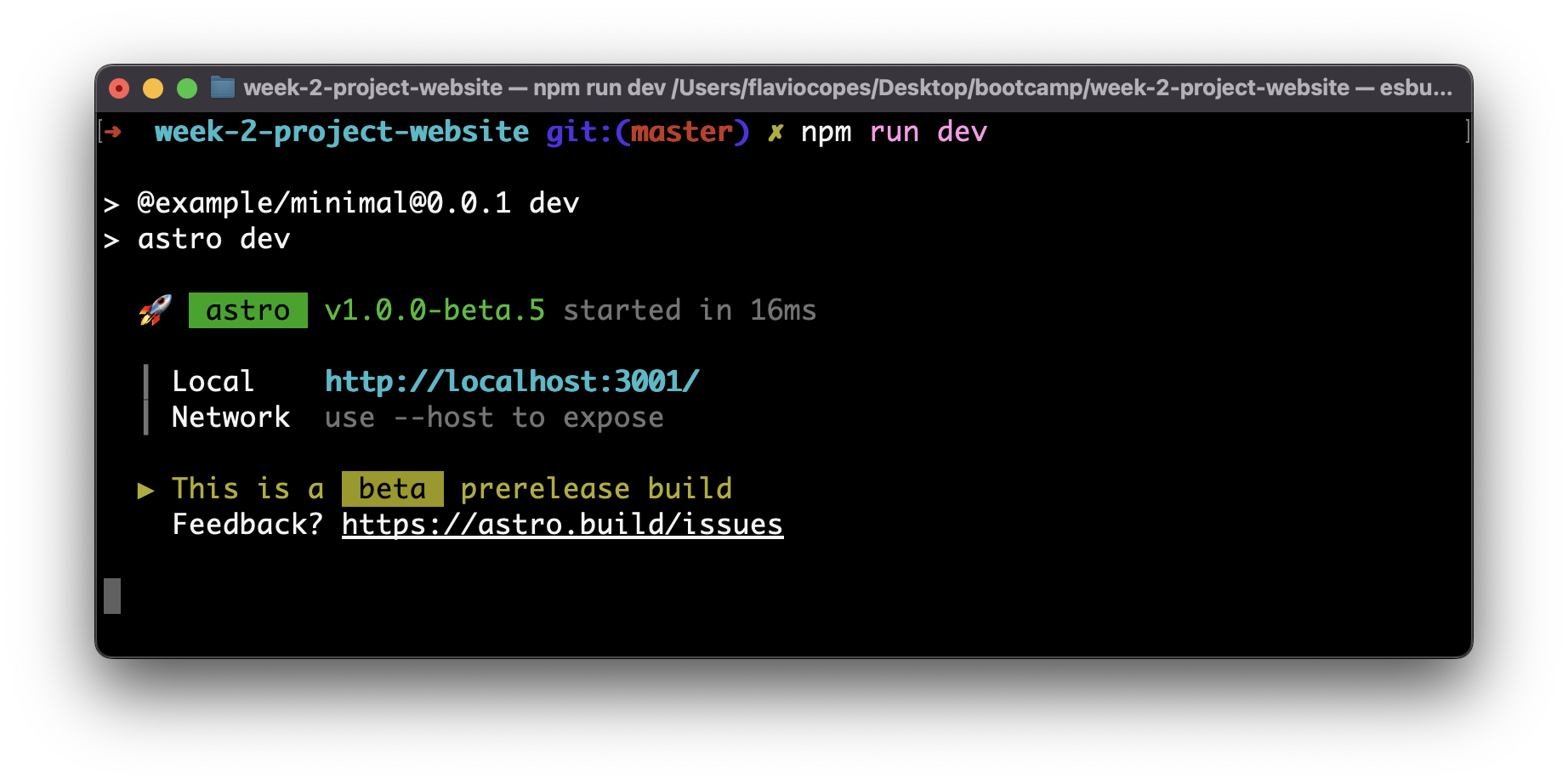 So now you have the same app running on

You need to terminate both processes typing ctrl-c in your keyboard while in the terminal, so no process is keeping the 3000 port busy, and nothing appears in the browser when you try to open http://localhost:3000

Then you can run npm run dev again and it will automatically start on port 3000, because that’s free.

Any time you make a change in your project (for example because you have to npm install some package) you’re going to terminate the dev server with ctrl-c, then you start it again.