How to make your S3 buckets public

I wrote about how to upload an image to S3.

After I had the S3 bucket ready, and the image was uploaded and then the URL was stored in my database, I realized the image was not accessible publicly in read mode.

The image was there, but could not be seen by anyone.

So first I tried to edit the “Block public access” setting, disabling the block I had: 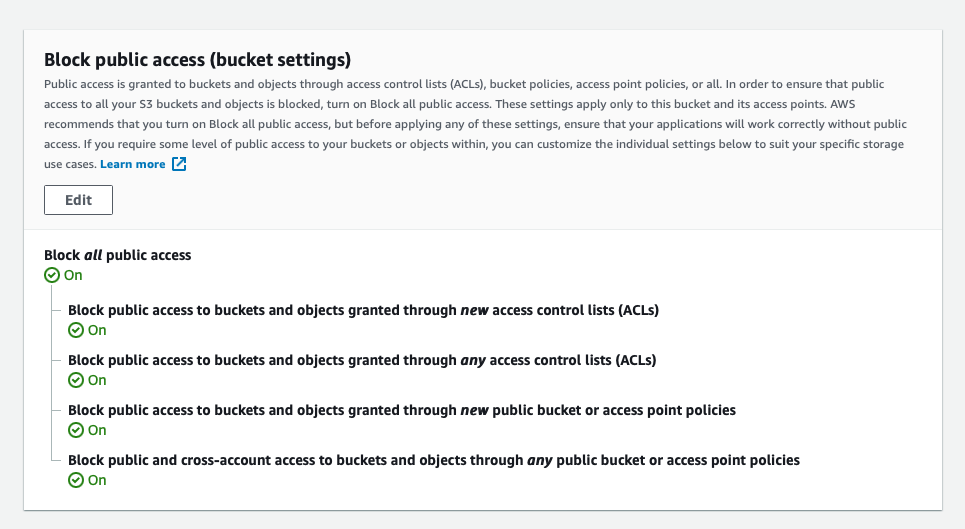 But this didn’t work. The image was still inaccessible.

So I went and set the Everyone (public access) setting to Read in a single file permission: 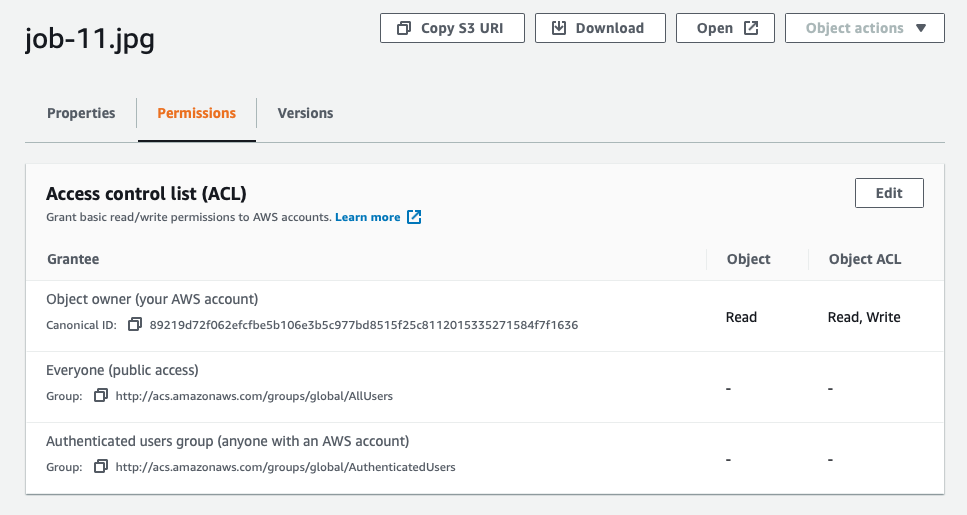 and this worked, for the single file.

So I went to the general bucket permissions, which has a similar ACL permissions panel, to set the same thing.

I set Everyone (public access) setting to Read but it didn’t work as expected.

People could not see the files publicly, even though I was setting it explicitly.

Turns out there’s no way to make this through clicking around.

I had to set a Bucket Policy, which can be done from the bucket permissions page, and I added this:

change YOURBUCKETNAME to your bucket name

This made it work. Once you add this, you can set the Block public access as follows:

That’s it. Now my files (images in my case) were accessible from the public.