create-react-app is a project aimed at getting you up to speed with React in no time. It provides a ready-made React application starter, so you can dive into building your app without having to deal with Webpack and Babel configurations.

It provides out of the box:

You start by using npx, which is an easy way to download and execute Node.js commands without installing them. npx comes with npm (since version 5.2) and if you don’t have npm installed already, do it now from https://nodejs.org (npm is installed with Node).

If you are unsure which version you have, I recommend checking out if you need to update.

Tip: check out my terminal tutorial at https://flaviocopes.com/macos-terminal/ if you’re unfamiliar with it

When you run npx create-react-app <app-name>, npx is going to download the most recent create-react-app release, run it, and then remove it from your system. This is great because you will never have an outdated version on your system, and every time you run it, you’re getting the latest and greatest code available. 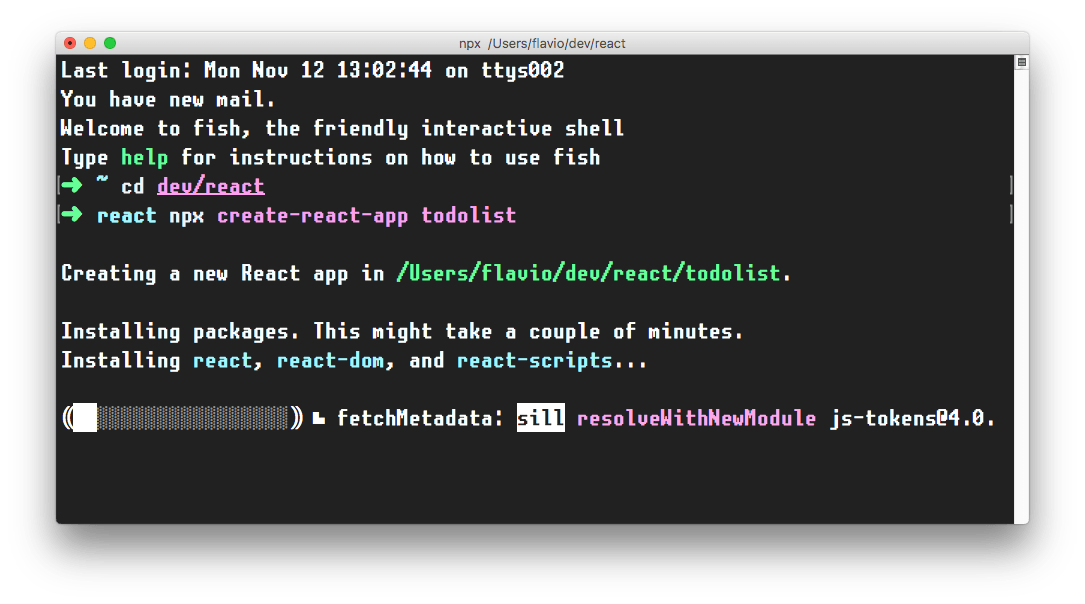 This is when it finished running: 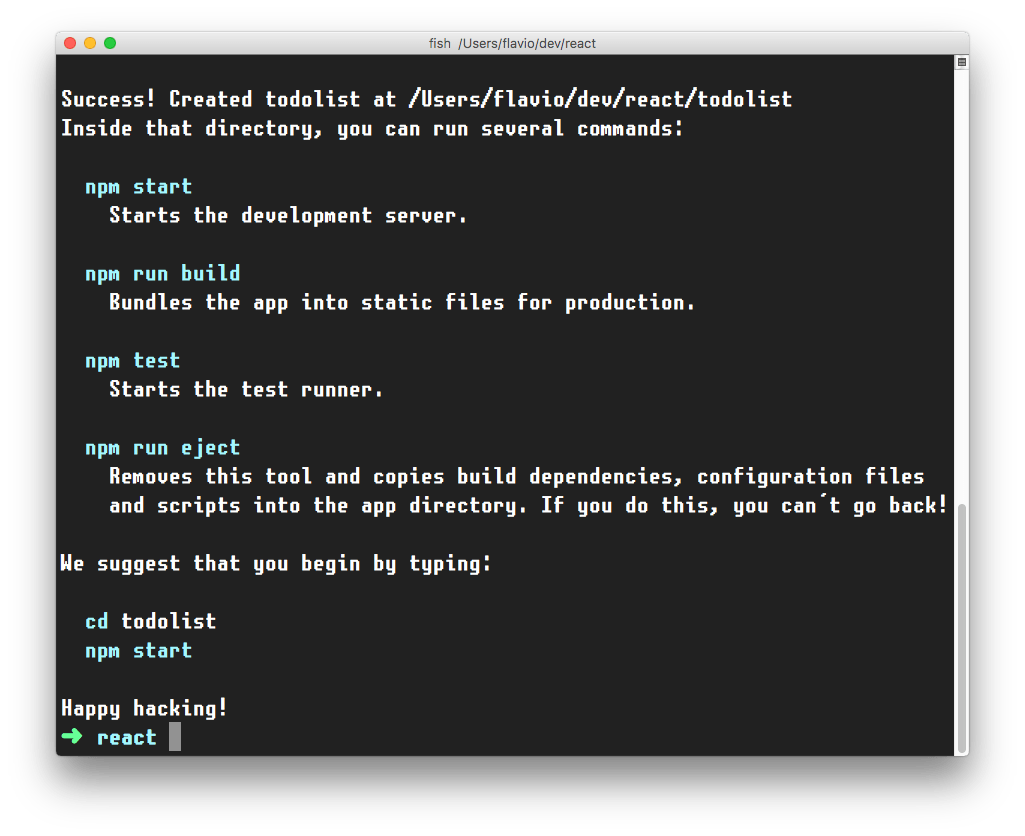 create-react-app created a files structure in the folder you told (todolist in this case), and initialized a Git repository.

It also added a few commands in the package.json file, so you can immediately start the app by going into the folder and run npm start. 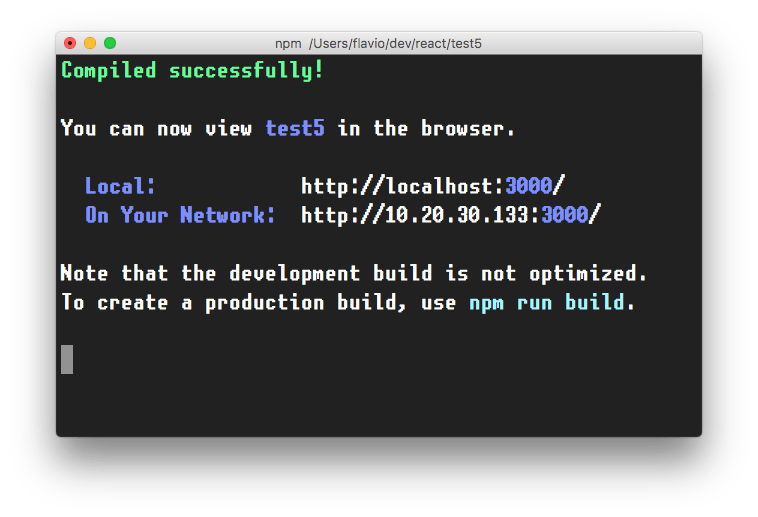 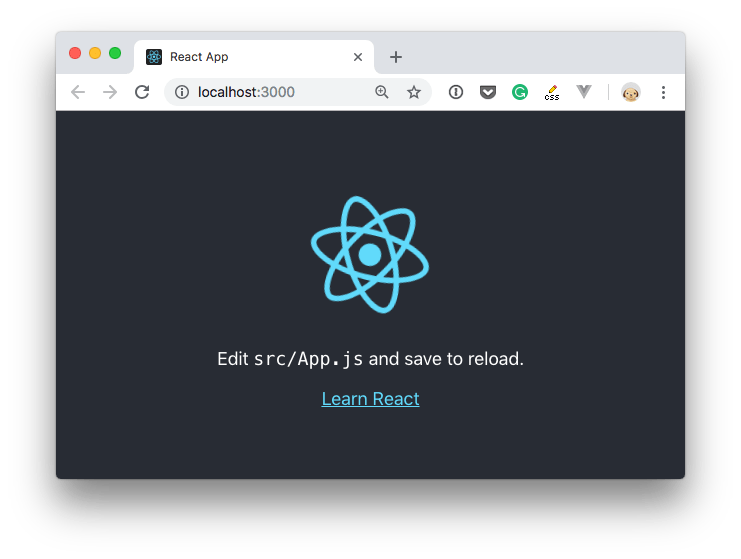 In addition to npm start, create-react-app added a few other commands:

Ejecting is the act of deciding that create-react-app has done enough for you, but you want to do more than what it allows.

Since create-react-app is a set of common denominator conventions and a limited amount of options, it’s somewhat guaranteed that at some point your needs will require you something unique that outgrows the capabilities of create-react-app.

When you eject, you lose the ability of automatic updates but you gain more flexibility in the Babel and Webpack configuration.

When you eject the action is irreversible. You will get 2 new folders in your application directory, config and scripts. Those contain all the configuration you need and now you can start editing it.