Creating a user on MySQL

Right after you install MySQL, you will have the root user available.

This is the user you might use to try and see if MySQL is working, but it should not be the user for other kinds of usages.

Why? Because it’s too powerful.

Instead, you should create ad-hoc users that only have permissions to perform their job, and no more. Same for using Linux or any Unix system, for example: you don’t want to be using the root user, but your own user account.

To create a new user, connect to MySQL using the root user: 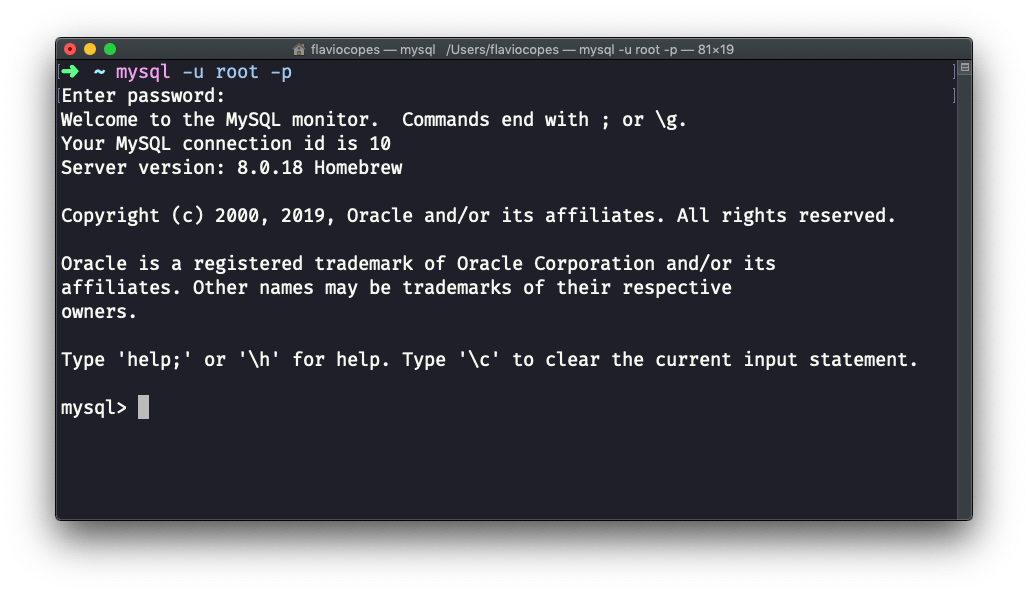 then use the command

For example, to create a user named test_user with password test_password12A run the command:

If you used an invalid password, the system would tell you something like ERROR 1819 (HY000): Your password does not satisfy the current policy requirements. In this case the error says that the password is not complex enough, because when I installed MySQL I told it to use a certain policy on passwords.

That’s great! Now the user has been created, and we can connect using that user to MySQL. From the command line you can exit by typing QUIT, and typing:

Why? Because the user does not have the permission to create a new database.

We’ll see how to work with permissions in another tutorial.

It’s worth mentioning the @'localhost' string we used to create the user. This tells MySQL that the user can only connect from localhost. Which is fine when testing things out and when any application that will connect to MySQL is running on the same computer that runs the DBMS.

When this is not true, you either need to manually enter the IP the user will connect from, or use the % wildcard:

I want to close this tutorial by showing how to remove the user we created: