What to buy to get started with Arduino and Electronics

In my Electronics tutorial series I do use a set of tools that I bought over time.

I can definitely give you some recommendations on what to buy to get started with the experiments I do.

Arduino is an amazing project, and I highly recommend you to buy original Arduino parts to support the project and the whole ecosystem.

But when you’re starting out you need a lot of little components that bought individually might cost a lot. You can find kits that come with many, many things at once.

In particular I would suggest a kit made by Elegoo, that you can find on Amazon for $53.99 / 45€ at the time of writing. It’s called ELEGOO UNO R3 Project Most Complete Starter Kit w/Tutorial Compatible with Arduino IDE (63 Items).

It’s a box that contains an Arduino Uno rev 3 clone board, and lots of components, sensors and small parts that are often useful: 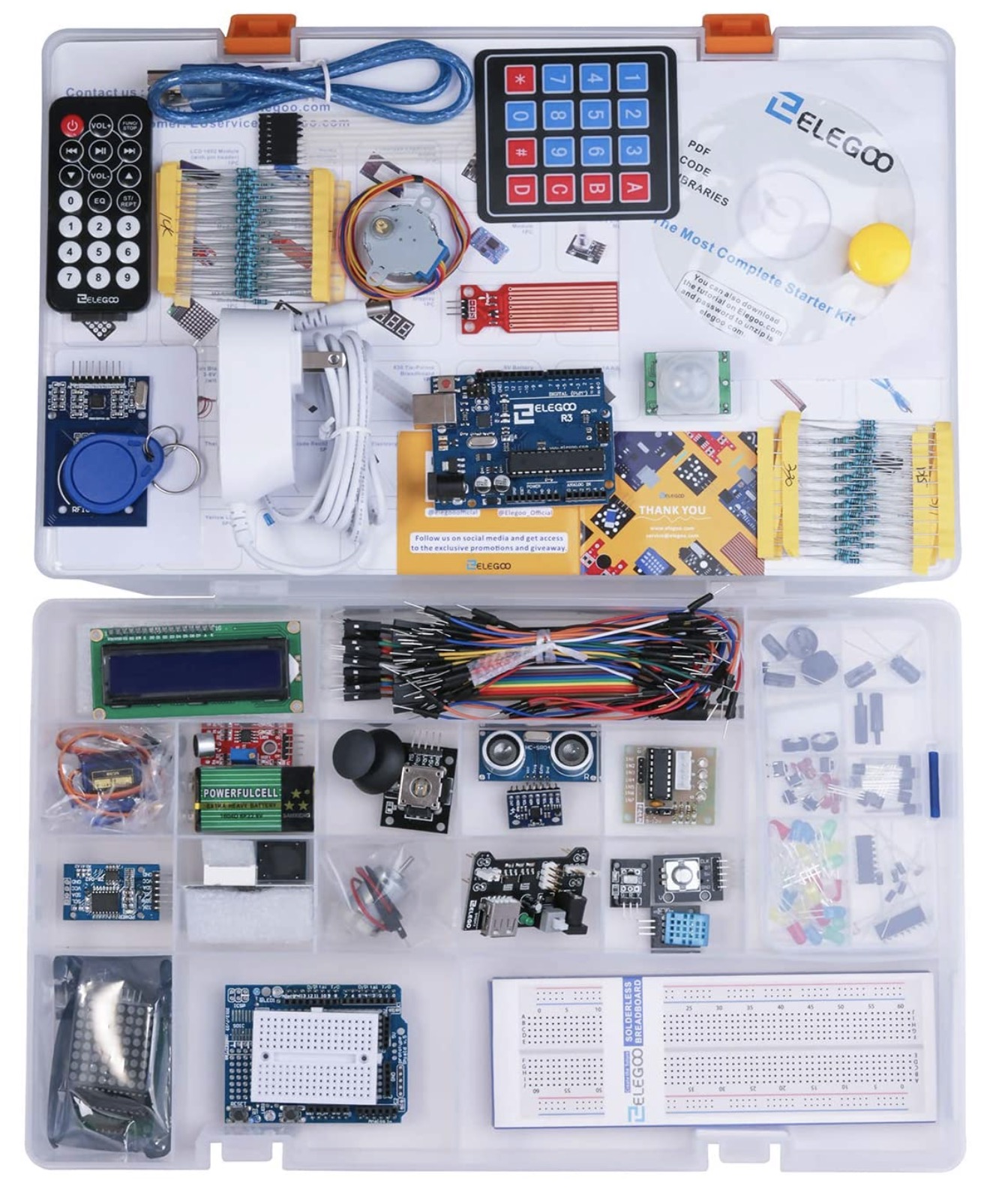 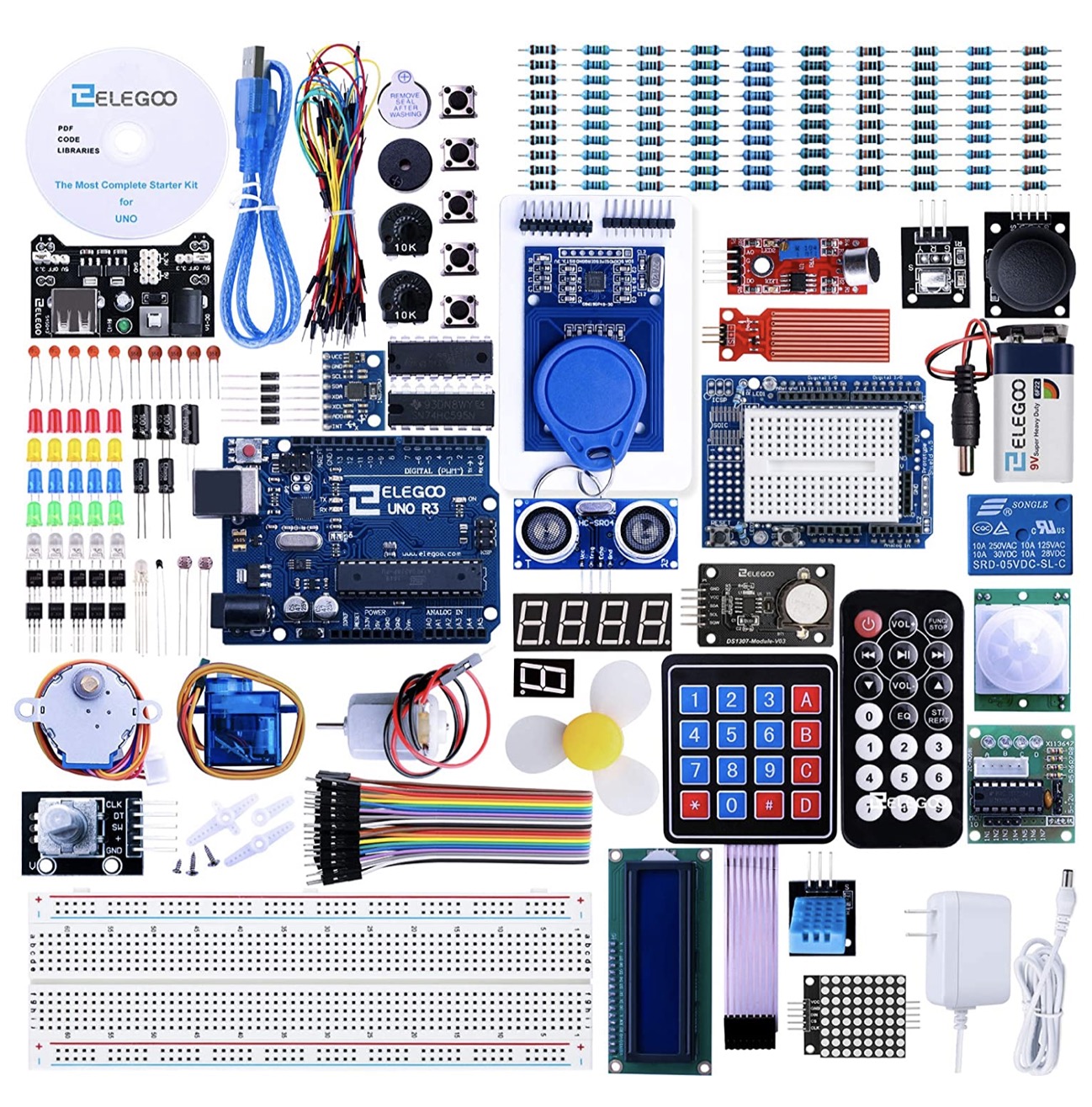 It comes with a lot of stuff: a breadboard, lots of wires, resistors, LEDs, a battery, a shield, a power supply module, a water level sensor, a keypad, an LCD screen, buttons, a joystick, a stepper motor and a servo motor, an IR receiver and transmitter, a relay, an ultrasonic sensor, and much more. 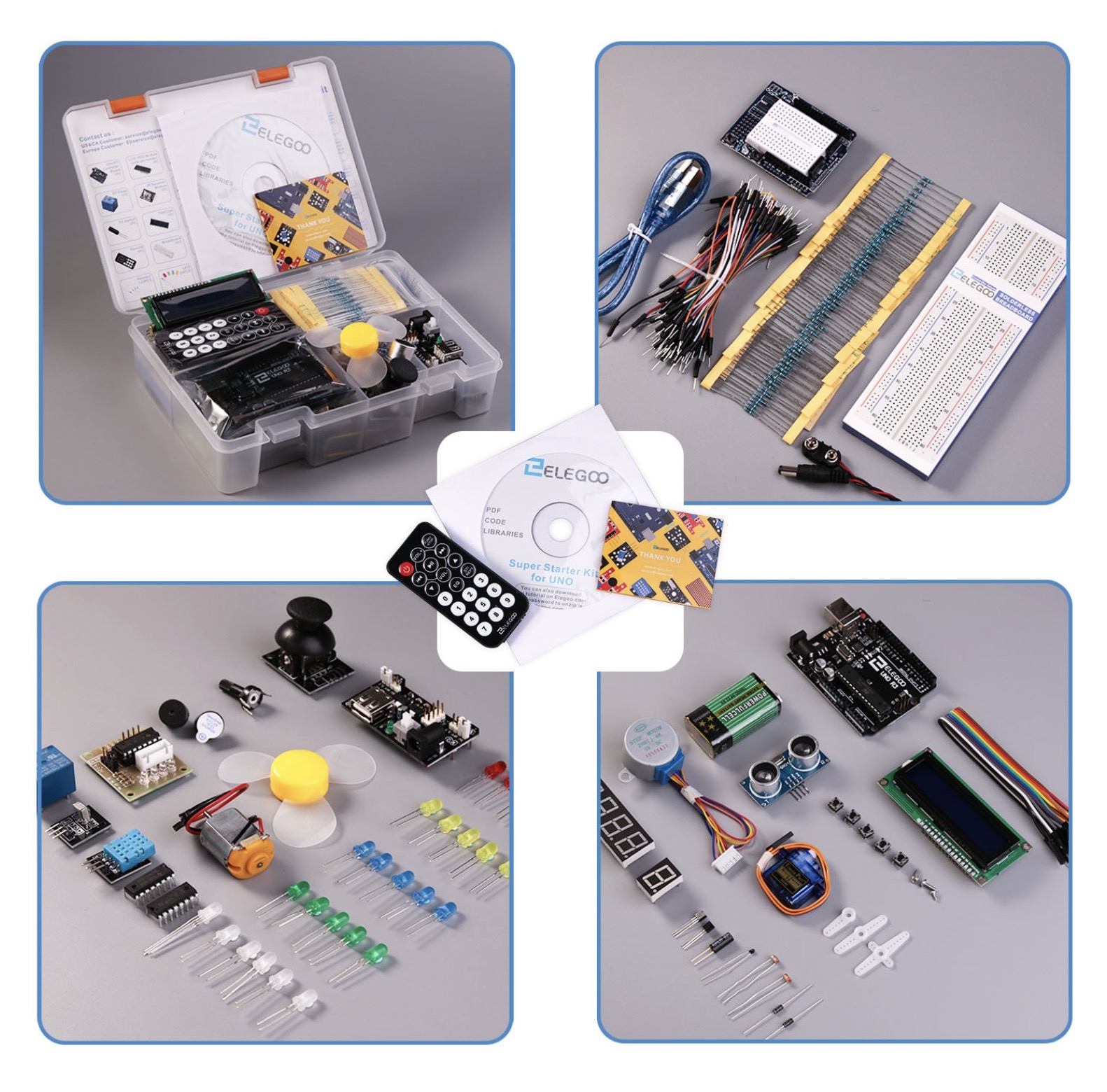 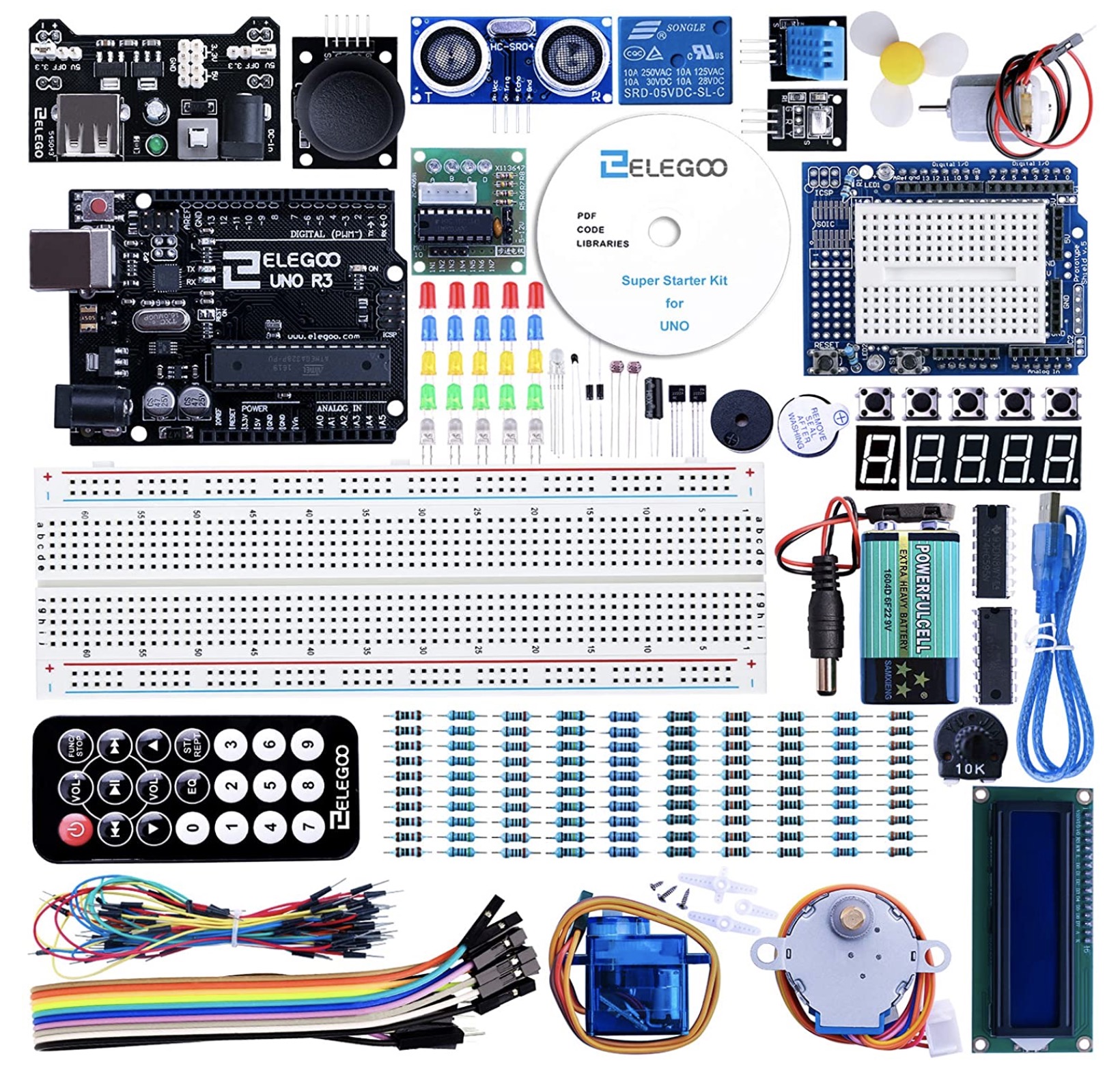 I got one of these for a friend of mine, and it is pretty cool.

Other similar kits exist, but make sure the board is an Arduino Uno, which is better to start with.

Then I suggest you to buy a multimeter. Any multimeter works fine, you can get one at your local tools store or on any place on the Internet.

That’s it, to start with. You need to try first with cheap kit, then if you like tinkering with electronics, the sky is the limit.