A short guide to emacs

emacs is an awesome editor and it’s historically regarded as the editor for UNIX systems. Famously vi vs emacs flame wars and heated discussions caused many unproductive hours for developers around the world.

emacs is very powerful. Some people use it all day long as a kind of operating system (https://news.ycombinator.com/item?id=19127258). We’ll just talk about the basics here.

You can open a new emacs session simply by invoking emacs: 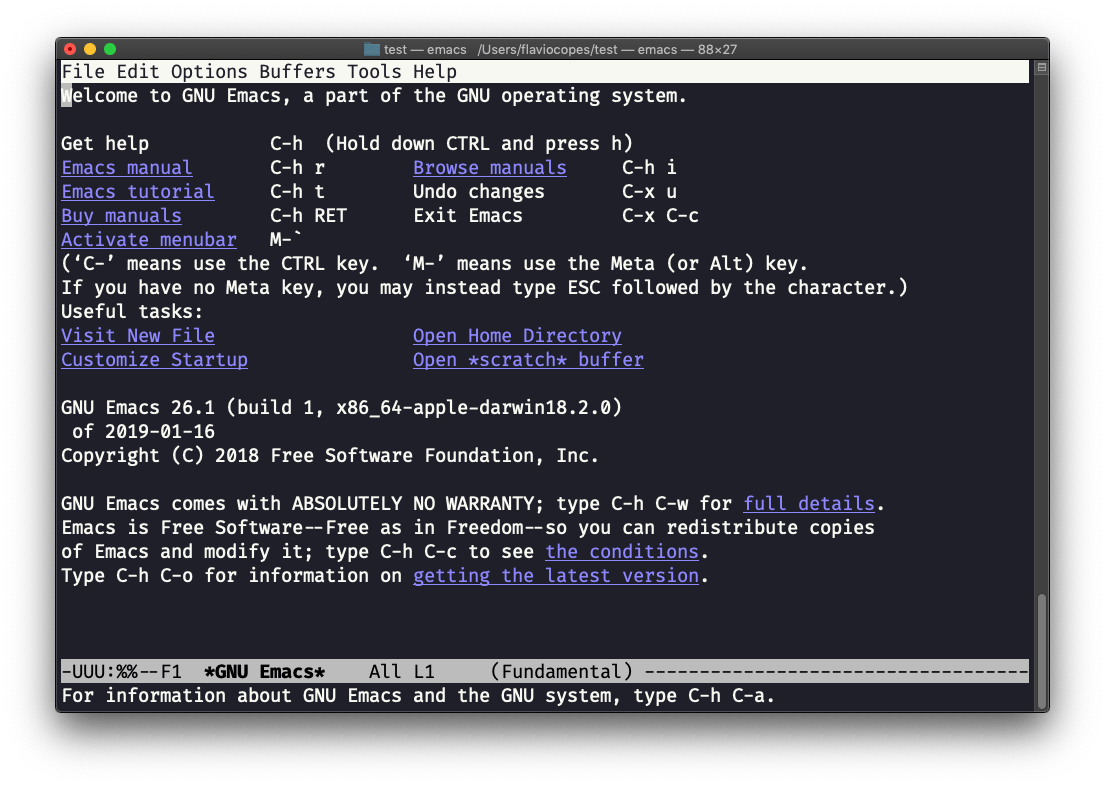 macOS users, stop a second now. If you are on Linux there are no problems, but macOS does not ship applications using GPLv3, and every built-in UNIX command that has been updated to GPLv3 has not been updated. While there is a little problem with the commands I listed up to now, in this case using an emacs version from 2007 is not exactly the same as using a version with 12 years of improvements and change. This is not a problem with Vim, which is up to date. To fix this, run brew install emacs and running emacs will use the new version from Homebrew (make sure you have Homebrew installed)

You can also edit an existing file calling emacs <filename>: 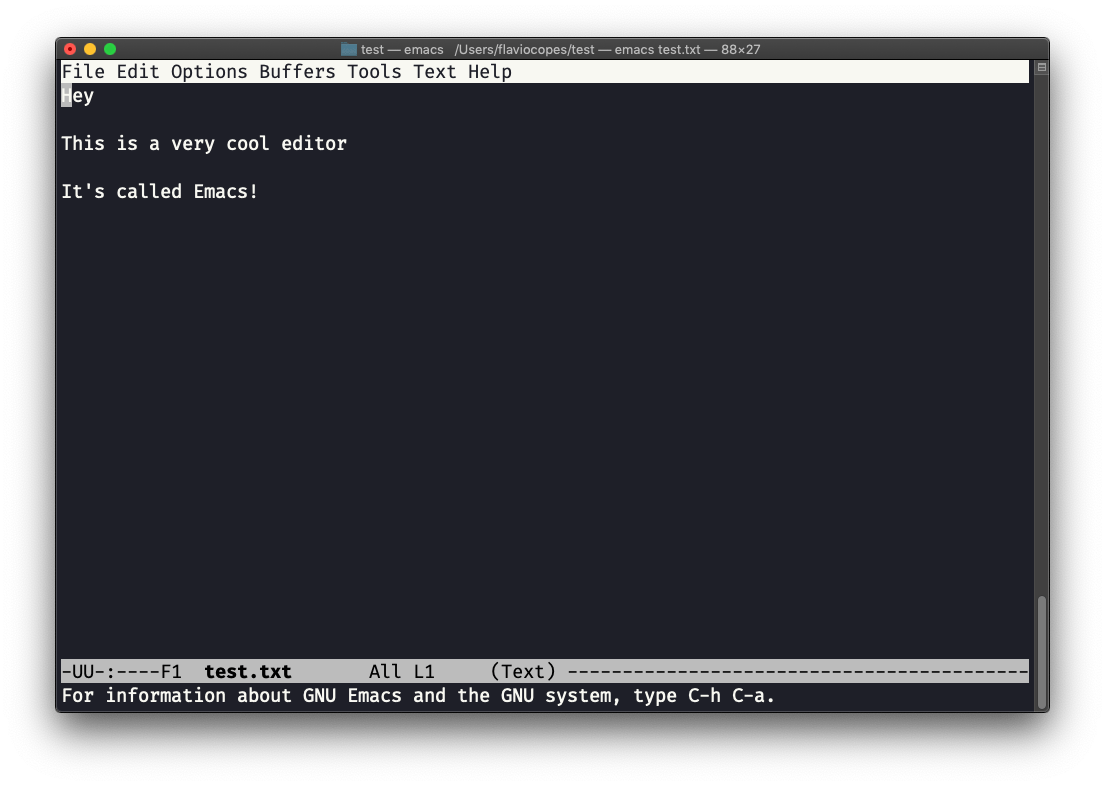 You can start editing and once you are done, press ctrl-x followed by ctrl-w. You confirm the folder: 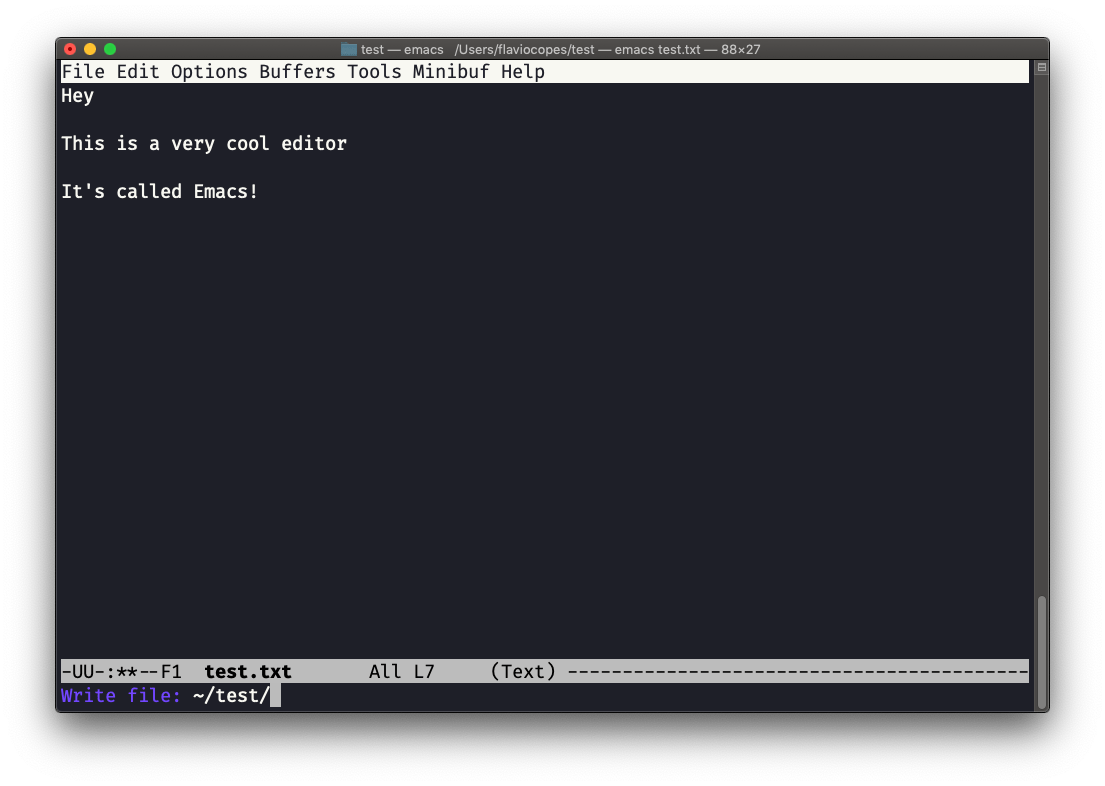 and Emacs tell you the file exists, asking you if it should overwrite it: 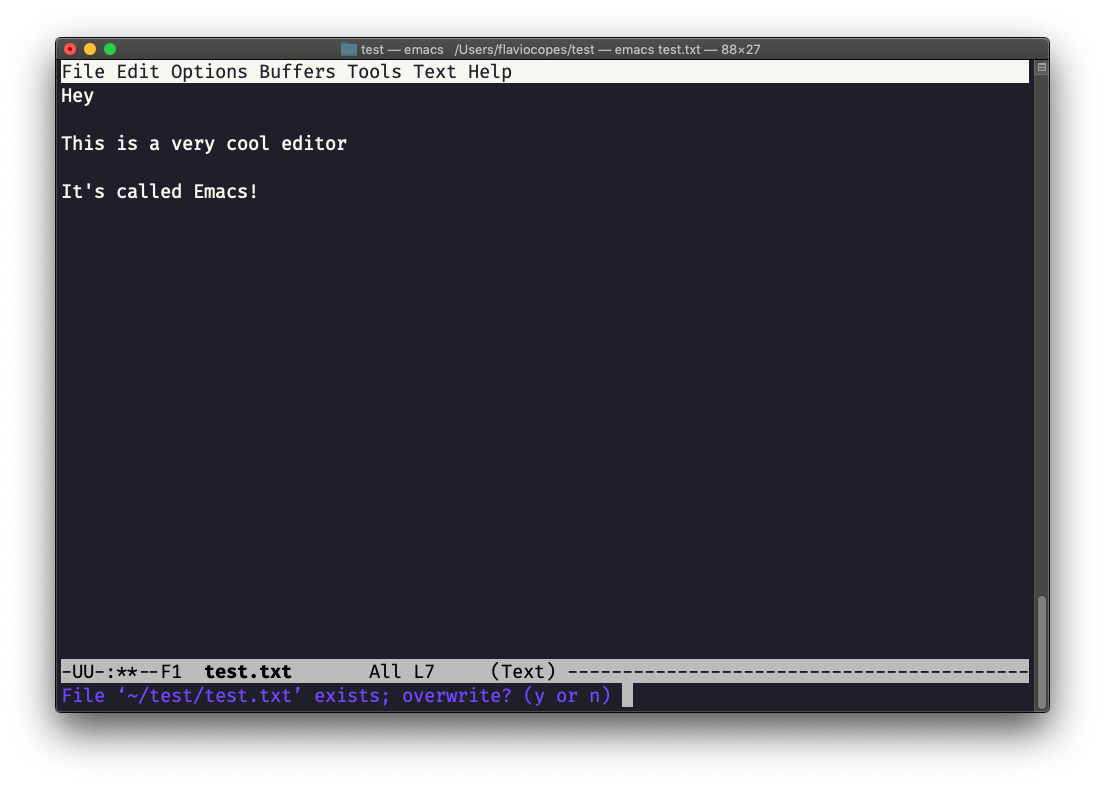 Answer y, and you get a confirmation of success: 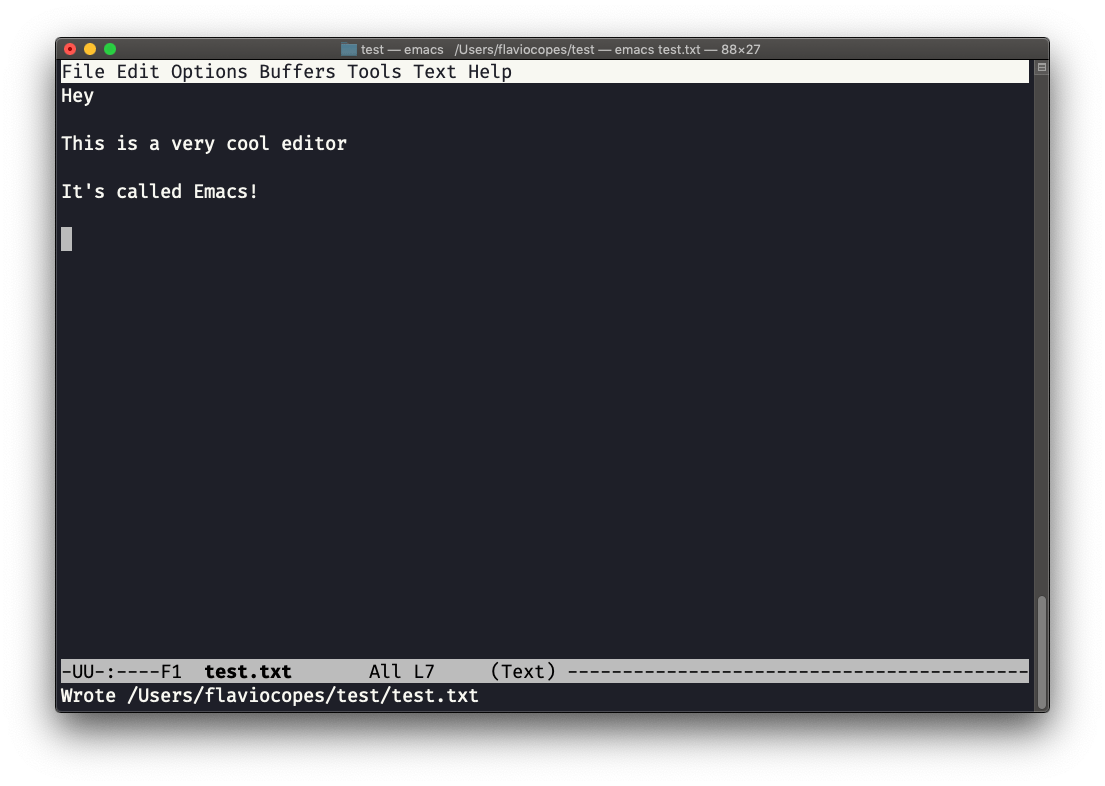 There is a lot to know about Emacs. More than I am able to write in this little introduction. I encourage you to open Emacs and press ctrl-h r to open the built-in manual and ctrl-h t to open the official tutorial.