The ping command pings a specific network host, on the local network or on the Internet.

You use it with the syntax ping <host> where <host> could be a domain name, or an IP address. 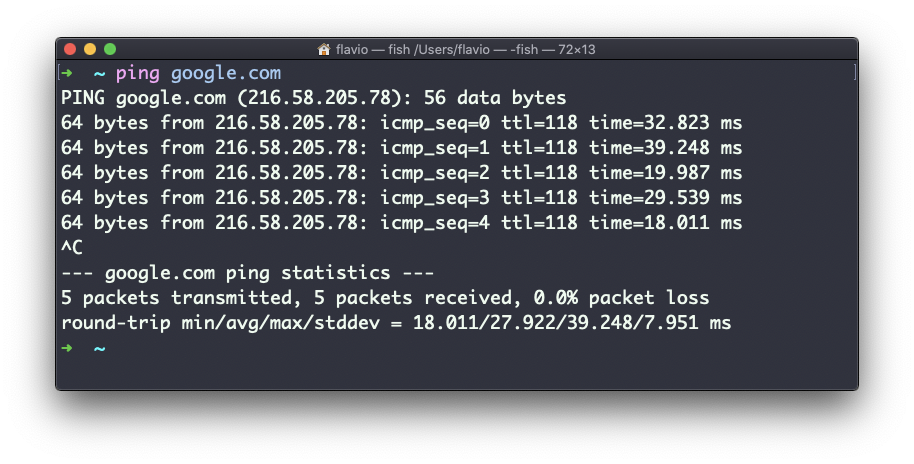 The commands sends a request to the server, and the server returns a response.

ping keep sending the request every second, by default, and will keep running until you stop it with ctrl-C, unless you pass the number of times you want to try with the -c option: ping -c 2 google.com.

As you can see the screen prints the host IP address, and the time that it took to get the response back.

Not all servers support pinging, in case the requests times out:

Sometimes this is done on purpose, to “hide” the server, or just to reduce the load. The ping packets can also be filtered by firewalls.

The request sends a packet to the server with the ECHO_REQUEST message, and the server returns a ECHO_REPLY message. I won’t go into details, but this is the basic concept.

Pinging a host is useful to know if the host is reachable (supposing it implements ping), and how distant it is in terms of how long it takes to get back to you. Usually the nearest the server is geographically, the less time it will take to return back to you, for simple physical laws that cause a longer distance to introduce more delay in the cables.

The ping command works on Linux, macOS, WSL, and anywhere you have a UNIX environment